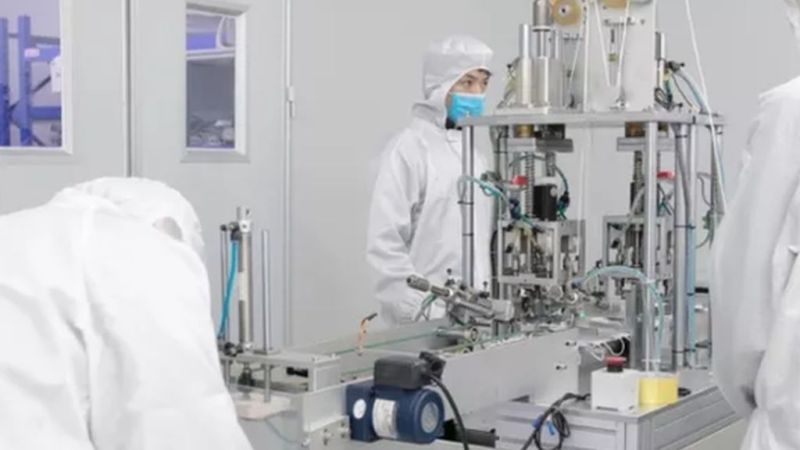 Necessity is the mother of invention.

This famous saying is especially true right now, as the world is struggling to contain the spread of the COVID-19 Coronavirus.

However, some companies and creative individuals have already come up with innovative solutions to the problem.

While scientists are still learning more about the virus and are trying to find effective treatments, a vaccine or a cure, these innovations are already helping people suffering from the illness as well as preventing its spread.

And no, this is not one of those funny articles showing people making their own masks out of bras or plastic bags. These are real innovations to fix the problems at scale. This required the following companies to completely reinterpret what their companies were able to manufacture, and change this over at a rapid pace, requiring a huge deal of innovative thinking.

1. 3D printed valve turns a scuba mask into a ventilator

Italy, one of the countries hardest hit by the spread of the virus, has struggled to provide support to many of its residents with respiratory complications due to how the virus attacks the lungs. This is because there is a shortage of respirators, machines which help people breathe.

Issinova, an organisation from Italy, has succeeded in 3D printing a custom valve which enables them to convert a scuba mask (sold by sporting retailer Decathlon) into a functioning respirator.

Best of all, they have released the patented design for free use to anyone with a 3D printer.

“Having printed those valves made us realize that we couldn’t stop, that help was needed.

“We would like to wait for the results of all the tests (so far positive) but we think that every minute is crucial. Doctors, nurses, hospitals, spread it, study it and help us to improve it: we will keep you updated on how to implement this new idea (always free, but this time patented by us).”

Researchers around the world are working around the clock to understand the Coronavirus in order to find out ways to stop its spread, treat its symptoms and even create a vaccine. This research takes a significant amount of computational power, especially when it comes to complex simulations of how proteins fold themselves.

Fortunately, a project called Folding@Home is providing them with access to the fastest computer resources on the planet.

In fact, since the request to help calculations for COVID-19, there have been more than 400,000 new volunteers, and now the Folding@Home system has 470 PetaFLOPS of raw compute power. To put this into perspective, this is more computing power than the Top 7 Supercomputers in the world, COMBINED.

Not bad for computing power which would otherwise been unused.

When I first saw this news, I didn’t immediately realise that it was serious.

However, it proved to be true.

Foxconn is best known for being one of the world’s largest manufacturers of electronics, such as the iPhone. To achieve this, it has one of the best developed assembly line systems in the world.

When it became clear that the virus was rapidly spreading between people in China, predictions began that soon there would not be enough surgical masks to be available for everyone, especially for medical staff. This has now proven to be the case in other countries.

Foxconn realised that they could use their rapid manufacturing capability to produce the required face masks, and set up a production centre aiming to produce nearly 2 millions masks per day.

LVMH, the owner of brands such as Louis Vuitton, Fendi and Celine, is known for making some of the world’s expensive designer clothing.

But when the French company saw how the virus was spreading in France, it also noticed that people were panic buying disinfectant hand sanitiser (along with too much toilet paper). While this was not as big a problem for the general consumer, it was a big problem for hospitals and medical professionals who require the sterilising agent and could not get supplies.

So LVMH decided to use one of its manufacturing facilities which usually produces perfume, and retooled it to mass produce hand sanitiser, as one of the primary ingredients in both is alcohol.

Quickly after ramping up production, the company announced that they would be able to produce over 12 tons of hand sanitiser per week.

As I mentioned in the first post, lack of ventilators to help people breathe is a problem in almost every country. With an expected influx of people all with respiratory problems at the same time, there will not be enough equipment to help everyone.

As such, a large number of companies usually producing other motor-driven machinery have promised to begin manufacturing ventilators.

Dyson, the British company known for making vacuum cleaners, hand dryers and hair dryers, has been asked to produce 10,000 ventilators by the British government.

While most of these car manufacturers don’t have direct experience building ventilators, they do have 3D printing facilities and are working with existing manufacturers of ventilators to ramp up production of their existing designs.

These are just some of the examples of companies which have successfully innovated by looking at how they can use their current structures and capabilities to meet the needs of fighting this pandemic.