3D printing is the future of home construction

This entry was posted by Steven Pinero on February 21 at 4:17 pm 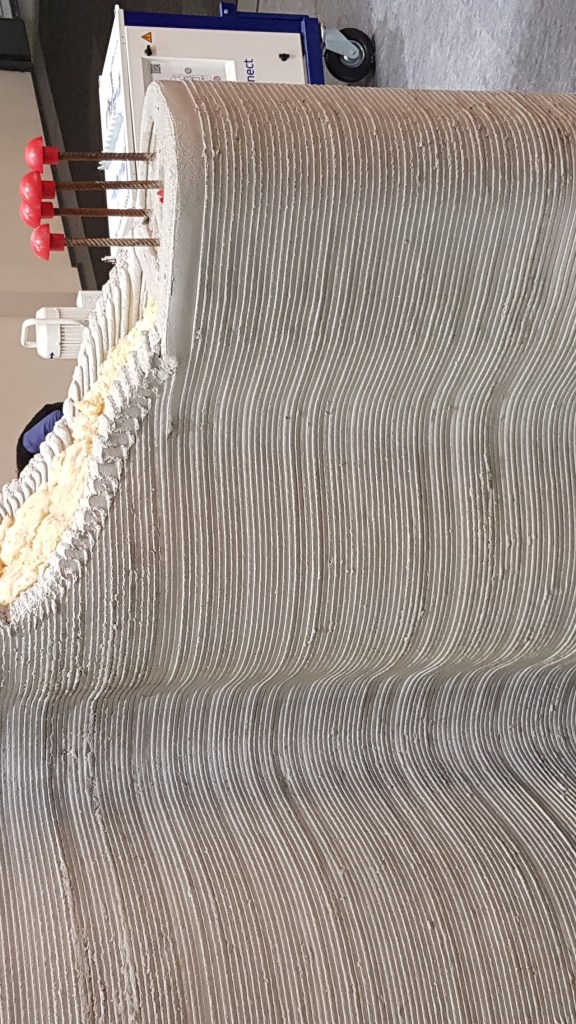 If you have been following recent innovations, you will definitely have heard about the benefits of 3D printing in the design and prototyping of new products. But did you know that we are beginning to 3D print entire buildings now?

These new large-scale printers deposit layers of concrete, which harden to form the walls of houses and other small buildings, all controlled by digital architectural plans.

I was recently a guest at the bautec expo in Berlin, where I saw one of the world’s most advanced models, the BOD2 by Danish company Cobod, who have just received investment by German construction company Peri.

Check out this video I uploaded to Linkedin.

You can share the video directly using the links above if you find it interesting.

A cross section of the 3D printed concrete, showing how insulation can be added

This new generation of printer is even able to print up to 3 storeys, with construction workers manually putting in the ceilings and floors between levels.

What I also found fascinating is how quickly innovations in these projects are evolving.

In the video above, Cobod describes how their second generation printer is now more than 20x faster than the first generation, able to print the same scale building which previously took 2 months in only 3 days.

And even during the 3 day printing process, they were actively experimenting and prototyping ways to increase the speed further, overcoming issues like concrete hardening in the chambers by continually vibrating it.

They now predict they would be able to print the same building in only 8 hours with the same machinery. Further generations would then continually innovate the speed, precision and functionality of the process.

This should lead to the continued drop in the price of contruction for homes, with more homes being able to be produced by smaller teams of contruction workers.

I am excited to continue seeing which innovations drive the future of construction.